THE HISTORY OF BOTOX®

Although relatively new in the cosmetic industry, in the 70’s ophthalmologists began injecting botulinum toxin into tiny eye muscles to treat “lazy eye”. In the 80’s, the drug was used to correct other facial, eyelid and limb diseases such as tremors and spasms. It was during a procedure in the late 1980’s that the cosmetic benefit was first noticed. A patient was injected for eye spasms and it became apparent that their frown lines had noticeably diminished. The cosmetic use of Botox® was researched and published in the early 1990’s.

BOTOX® Cosmetic has grown to become one of the most popular cosmetic procedures. There are many reasons for this. It attacks wrinkles at their source. If you develop a frown line, putting a substance in to fill that line is not as effective without the use of BOTOX® Cosmetic to stop the frowning. With BOTOX® Cosmetic, the negative image of frowning is stopped, and the lines created by frowning are improved. The same applies to forehead lines and crow’s feet: if you can stop the cause of wrinkles then you will help to prevent them from returning or worsening.

BOTOX® Cosmetic is extremely safe. It has been used since the late ’70’s for many medical conditions. The side effects are minimal and rare. The procedure takes only minutes and the down time is negligible. Effects are noticed within days and last for months. The degree of patient satisfaction is extremely high. BOTOX® Cosmetic has become an integral part of the practice of cosmetic surgery.It has replaced unnecessary invasive medical procedures. Its effects are outstanding and its use avoids the risks and downtime of previously used interventions.

BOTOX® Cosmetic works by relaxing muscles that cause lines or wrinkles. It can therefore work only on areas that can benefit from this effect. These tend to occur in people who are expressive with their facial movements.

Another area where BOTOX® Cosmetic is used is the upper lip. If someone tends to purse their lips when they speak they can develop vertical lines on the upper lip. These are commonly mistaken for smoker’s lines. BOTOX® Cosmetic can help prevent these creases from forming, and improve their appearance. It can also help other substances used to help plump these lines last longer.

If one develops perioral lines, or as they’re commonly called, oral commissures, usually there is a turning down of the outside corners of the mouth. With two simple injections BOTOX® Cosmetics can relax these muscles creating a more turned-up mouth and a less noticeable line. As well it creates a happier appearance on the face.

Necklines are usually vertical or horizontal folds of the skin. There is a fine muscle underneath the skin in the neck, and relaxing this muscle allows the skin to tighten resulting in significant improvement in this area.

A less common area for injection is inside the gums of the upper lip. This is used in individuals who, when they smile, tend to show not only their teeth but also a large part of their gums. Two simple injections will prevent their mouth from rising too much and allows them to show off their beautiful teeth without showing their gums. 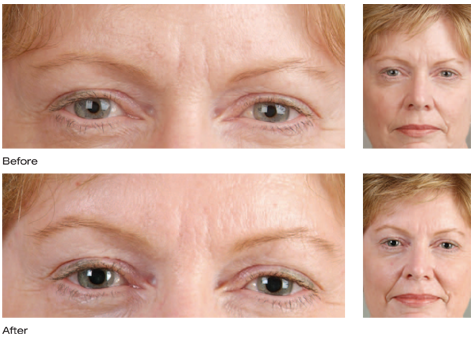 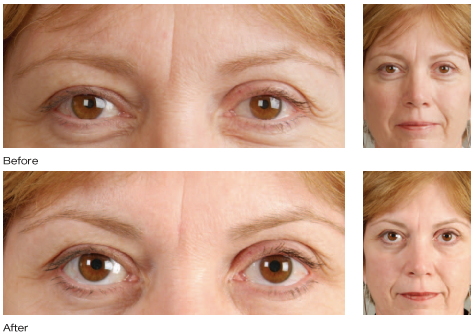 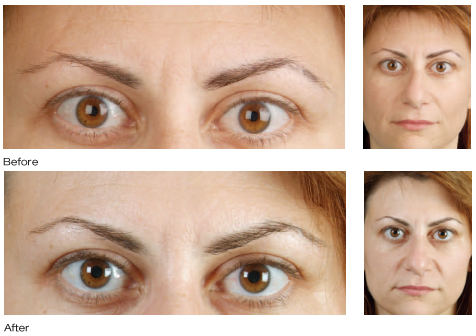